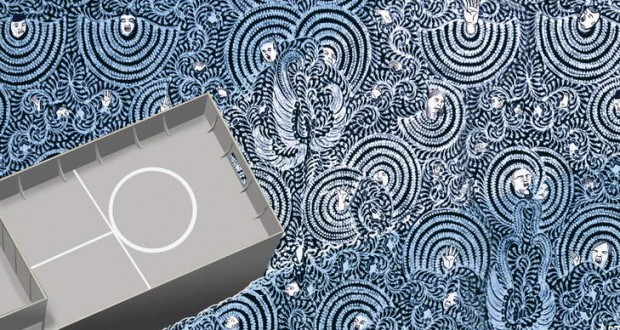 BOAT QUARREL MUST NOT TURN FRIEND INTO FOE

Welcome to Indonesia. We hope you like our country – we certainly do. Have you noticed that your refugees almost never come from Indonesia? They come through Indonesia. You worry about boats coming to Australia but these people use Indonesia as a stepping stone to get to you.

Officially, there are fewer than 10,000 refugees and asylum seekers in Indonesia, the United Nations says. That’s not so many. To be honest, we don’t think about them that much, nor about their onward journey to Australia. We have other things to consider. For example, there are 75,000 refugees from East Timor in West Timor, Indonesia.

What do you know about Indonesia? I think you know there are 242 million people here and about 88 per cent are Muslim. That means the 9 per cent who are Christian add up to more than 20 million people. We are diverse, and have been a democracy for 14 years.

Before 1998, when President Suharto ruled, the Indonesian government had one main priority: economic development. But we see other priorities to balance against development, especially corruption, human rights and the environment. These cannot be ignored.

Yes, economic development is still important. Indonesia has done a lot to improve the situation – for example, lifting life expectancy from 58 years in 1980 to 70 years now. But the poverty rate is at 12 per cent nationally and, in some remote areas, about 40 per cent. In education, nearly all children now enrol in primary school and most in secondary school.

It’s important you know about the damage to our environment. Oil palm plantations, mining and logging of native forests in Sumatra and Kalimantan affect communities, leaving unresolved conflicts.

In the first decade of this century, Indonesia lost about 8.8 million hectares of forest and produced 8.7 billion tonnes of carbon dioxide emissions, according to Conservation International. Most of the CO2 produced (7 billion tonnes) is from land conversion.

President Susilo Bambang Yudhoyono has pledged to reduce greenhouse gas emissions by 26 per cent by 2020 – difficult to realise if deforestation continues.

Corruption remains chronic, including in the forestry sector. Indonesia is one of the 60 most corrupt countries in the world, Transparency International said last year.

In a recent case, Rusli Zainal, governor of Riau, Sumatra, was accused of inappropriately approving work for forestry companies. Minor officials have been convicted in that case.

Then there’s Rudi Rubiandini, chief executive of an oil and gas company, who has been accused of taking bribes of a luxury BMW motorcycle and $500,000, delivered via his golf instructor’s bag.

But corruption charges merely reveal the tip of the iceberg. What of the cases not prosecuted?

Indonesia classifies corruption as an extraordinary crime and SBY has promised to eradicate it. Hopefully, it’s not just a promise.

On the human rights front, Indonesia still disappoints, with continuing cases of violence against minorities. Controversially, SBY received an award for religious tolerance from a US foundation, even as attacks against Shiite and Ahmadiyya Muslims and Christians increase. The state is failing to apply the constitution to protect citizens’ rights.

In Papua, violence has not declined with special autonomy.

There were more than 200 political arrests in the territory last year, according to a report from British non-government organisation Tapol. Many of the arrests reportedly involved torture and several activists were shot while allegedly resisting arrest, the report said.

That’s what we care about. Why should you and other Australians care about that? Well, we are neighbours and we always will be. There are things in our relationship that concern us both. An Indonesian woman is 30 times more likely to die in childbirth than an Australian woman and 120 million Indonesians live on less than $2 a day, AusAID notes on its website.

Australia’s program to build or improve 2000 schools will increase access for 300,000 students. It will help moderate Islamic schools to provide education consistent with national standards and exams. And your country’s scholarship program aims to fund more than 500 Indonesian postgraduate students in Australia next year.

Other things that matter in our relationship are security and trade and investment. Our two countries co-operate on counter-terrorism, with good results in the past decade. Of course, it’s important to boost the business relationship. We already know that you want to send us boats: boats full of cattle to eat. We’re putting this issue behind us.

But now you want to send us boats full of refugees. Our Foreign Affairs Minister, Dr Marty Natalegawa, says this is ”unacceptable” and ”burden shifting”. We must admit that as young Indonesians from different parts of the country, we find this issue complex and a little confronting. However, we agree with our Foreign Affairs Minister that this should be an area of joint responsibility, not something Australia does on its own.

There are many issues beyond boats – be they the boats you like or the boats you don’t like. We’re sure you won’t let your selective boat-phobia get in the way of your worthy goal of ensuring Indonesia is central to your foreign policy.

Indonesia and Australia are neighbours who need each other. Our countries should make decisions that do not harm each other, including any ”turn back the boats” policy. Australia can remind the President about important issues such as the environment, corruption and human rights, sadly ignored by SBY until now.